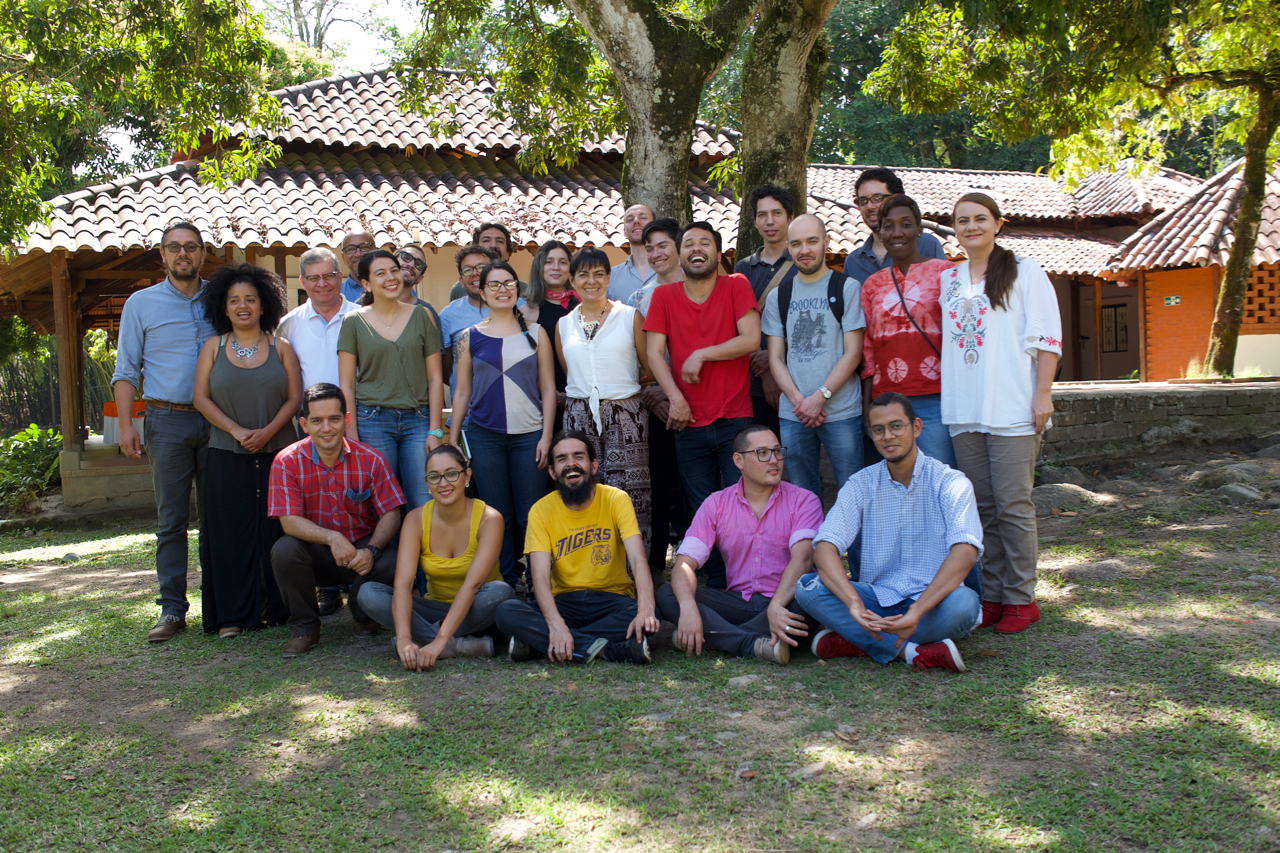 A team of practice led researchers from leading film education institutions in each of the countries of Australia (Griffith Film School), Ghana (National Film and Television Institute), Colombia (University of Ibague) and the UK, led by Professor Erik Knudsen from the University of Central Lancashire, ran a series of workshops for emerging independent filmmakers in developing countries on three continents. A unique feature of this network was the lateral collaboration that it encouraged between practice led film and media researchers in developing countries. This team of four researchers collaborated with the host institutions involved to deliver these workshops during 2017, followed by a summarising symposium hosted by University of Central Lancashire in the UK in January 2018.

We were very pleased to be able to offer one of these workshops through the University of Ibague in Ibague, Colombia, between the 12th to the 14th September 2017.

The University of Ibagué is a private non-profit academic institution created on August 27, 1980 as University Corporation of Ibague, Coruniversitaria, by a group of business and civic leaders of Tolima region, with the institutional support of the Corporation for Human Development of Tolima, the Association for the Development of Tolima and, the collaboration of several enterprises. Since its creation the University’s mission has been to promote the integral formation of leaders and entrepreneurs with solid scientific and professional training, rooted ethical and moral principles, and committed to the social, cultural and economic regional development. The University has a beautiful campus located in the Ambalá neighborhood with green spaces, good lighting and spaces for integration, allowing the favorable development of academic life. It has more than 153,485 square meters, of which more than 121,000 correspond to parks and natural reserves.

Aims and Objectives of the Workshop

The aim of the workshops from the participant perspective was to develop participants’ creative engagement with story for the narrative moving image. Participants had an opportunity to build their authorial confidence and explore methods and techniques to enhance their ability to articulate their personal vision. During the 3 days of the workshop, each participant had an opportunity to develop a piece of new work for the narrative moving image screen. This could be fact and/or fiction for a feature film or a short film. Projects were developed to a stage where there was a solid foundation for further development outside the context of the workshop. The emphasis was on helping develop original creatively independent work. Participants were able to take advantage of interacting with, and taking feedback from, peers as well as an international group of researchers/workshop leaders and eventually to take advantage of engaging with other creative filmmakers across three continents.

Note: Throughout the workshop, participants will be encouraged to use the secure web site facility for the project to share and communicate their creative experience and to engage in ongoing debates. These functions will be available and encouraged well beyond the actual workshops themselves, thereby facilitating an ongoing dialogue with both local peers and new international peers taking part in the project’s other workshops in different continents.

For more details about the workshop, please contact Carolina Patiño.