Here listen to leaders of the Tejon community discuss the work being conducted at Plato Cave and the importance of this landmark for shared history and storytelling.

StoryLab International Film Development Research Network collaborated for a second year with Dr David Robinson and his archeology team in applying the ethnomediaology methods developed in the StoryLab Malaysia, StoryLab Ghana and StoryLab Colombia workshops to deliver stakeholder engagement with their Wind Wolves Preserve archeology project. This is a long standing archeology project excavating in the southern California mountains north of Los Angeles. Iakovos Panagopoulos MA, a PhD student of Professor Erik Knudsen at the University of Central Lancashire, coordinated and delivered a series of StoryLab workshops during June 2019. This is the second year of the StoryLab workshops in Wind Wolves Preserve. For more information on the first year workshops in California go to this link. This year the participants in these workshops included UCLan archeology students/stuff, members of Chumash Native American tribal community and members of the Tejon Native American tribal community. 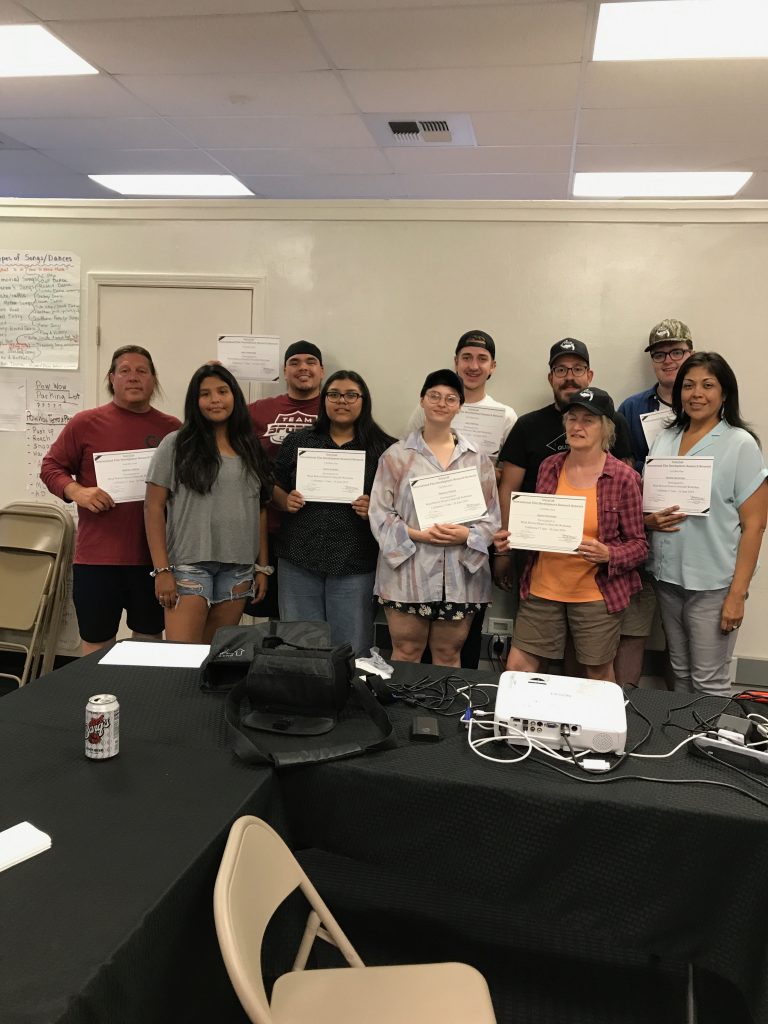 The principal aim of this collaboration was to find effective ways to engage Tejon Native Americans, Chumash Native Americans and archeology students and stuff in the Wind Wolves Preserve area of California in their histories, as evidenced in part through archeological finds, and to enable them to connect these histories to contemporary contexts and challenges. In this second year of our research trip the aim was to create stories based on myth and history in order to get them more connected to their past and to their own cultural heritage. We also wanted to make sure that the filming equipment and editing software is going to be something that they can continue using after the end of these workshops. Something that will impact their everyday life in the use of storytelling and filmmaking.

The objectives of the workshops were to apply the ethnomediaology principles used in the AHRC funded StoryLab International Film Development Research Network, led by Professor Erik Knudsen, to the Wind Wolves Preserve Archeology Project, led by Dr David Robinson, by engaging a selection of local Tejon Native Americans, Chumash Native American and archeologists in the development and making a collaborating short film by all the above participants for eventual screenings and other engagement activities within the Native American communities and beyond. Principles of Participatory Filmmaking were applied and project briefs set to encourage an engagement with place and archeological finds. The workshops were also enriched this year from Prof. Katerina Zacharia from LMU who presented her short Documentary Blessing and Vows (2018) and continued with a Q&A session. Also, Director of Photography Petros Antoniadis led a three hours workshop on guerilla filmmaking, mobile shooting and d.i.y. light design. The workshops were led and facilitated by Iakovos Panagopoulos.

There are plans to assimilate our findings from this workshop in the form of a documentary film and written journal article. For further information about this workshop please contact Iakovos Panagopoulos. Also take a look to his personal blog regarding this research trip.

A short film made my participants of the StoryLab workshop in California.

A Life of a Naturalist

A short film made my participants of the StoryLab workshop in California.

Class: Creativity and Story. An interactive seminar exploration, of the relationship between feelings, creativity and story.

Lecture regarding memory and cultural heritage with the use of filmmaking by Prof. Katerina Zacharia (LMU)

Class: Editing Briefs. Sharing and setting the agenda for the day.