This symposium convened a transdisciplinary group of people consisting of artists, scientists and people from business, humanities, as well as people and communities involved in any of the issues and themes being addressed.

The ubiquitous nature of story means that we are all actually storytellers, employing various narrative forms depending on context and expressive tools. The computer game, the poem, the annual accounts, the documentary film, the mathematical formula, the archeological exhibition, the healthy eating leaflet, the classroom lecture, the legal document and the conversation are a few examples of the numerous narrative forms which all have the one quality in common: they are engaging us in wider themes and issues through story. It would therefore seem to make sense to develop some kind of transdisciplinary forum around that thing we call story. Thus, this symposium will bring individuals, experts and lay communities together to share experiences and solve problems through a creative engagement with story and narrative in the broad pursuit of achieving the United Nations’ 17 Sustainable Development Goals.

This symposium convened a transdisciplinary group of people consisting of artists, scientists and people from business, humanities, as well as people and communities involved in any of the issues and themes being addressed. The Symposium explored how the network itself – loose, flexible, responsive and multiplied – and the methodology – ethnomediaology – could be used to provide an inspirational and eclectic environment in which the problems and issues arising out of achieving the UN’s Sustainability Goals could be explored, addressed and communicated through a direct engagement with storytelling across narrative forms.

We were excited to be able to invite the filmmakers Razli Dalan and Inti Jimena Zamora Martínez to speak at the symposium.

The Symposium agenda was as follows:

StoryLab: A Pitch For An Expanded Idea: Professor Erik Knudsen

The Symposium was designed to be a multimedia rich experience. Throughout the day, moving image clips from all the workshops played constantly in the background. During coffee breaks and lunch, video clips of workshop participants discussing their research themes and what they got out of the workshops were playing on our main screens, supported by photographs taken during the workshops. Social media conversations also took place on smaller separate screens and during the breaks, music related to the three countries involved in the project played. Finally, the whole event was broadcast live via YouTube, enabling the filmmakers from the participating countries, and others, to observe the proceedings and engage via social media. This 7 hour recording now exists as a permanent archive of the event.

The morning session provided an opportunity for the AHRC funded StoryLab International Film Development Research Network team, Professor Erik Knudsen, Dr Nico Meissner and Dr Carolina Patiño, to describe, report on and debate initial findings from the project, including reports on, and feedback from, the 45 or so independent filmmakers from Malaysia, Ghana and Colombia who are participants in the research network. This was complimented by presentations from, and discussions with, two diaspora filmmakers, Razli Dalan from Malaysia and Inti Martínez from Colombia.

A networking lunch was then followed by an afternoon of creative discussion and engagement that involved all delegates, using Remerge technology and Open Space / World Café techniques. This session was led by Dr John Law. Using the United Nations’ 17 Sustainable Development Goals as a focused aspiration on which to build our discussions, a number of questions were designed to help facilitate a discussion with a narrative. Initial questions were signed to identify and priorities themes and problems around which people could congregate. Initial questions also sought to understand why people thought it important to collaborate across disciplines and what the potential shortcomings of such approaches may be. We sought to understand a little about the values that under pin potential collaborators’ interest in addressing these themes.

The narrative of the questions then moved on to becoming a lot more pragmatic, focusing specifically on the particular expertise of delegates and how these particular areas of expertise could address the specific UN goals and lead to specific project ideas with identified beneficiaries and locations.

The objective was to arrive at a series of concrete opportunities and then to take the products of these discussions to explore common threads that could potentially be the basis for further discussions around projects for eventual development. 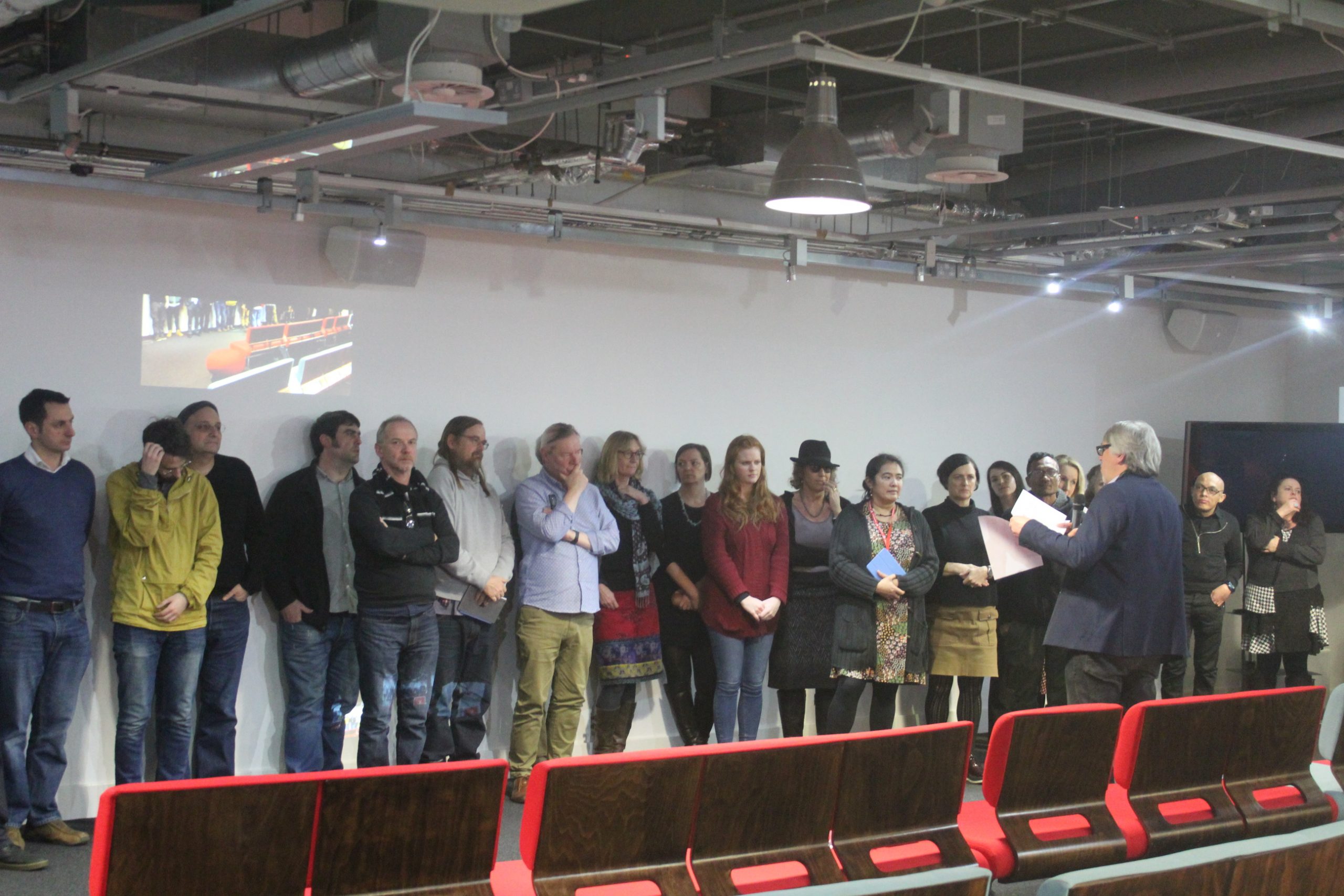 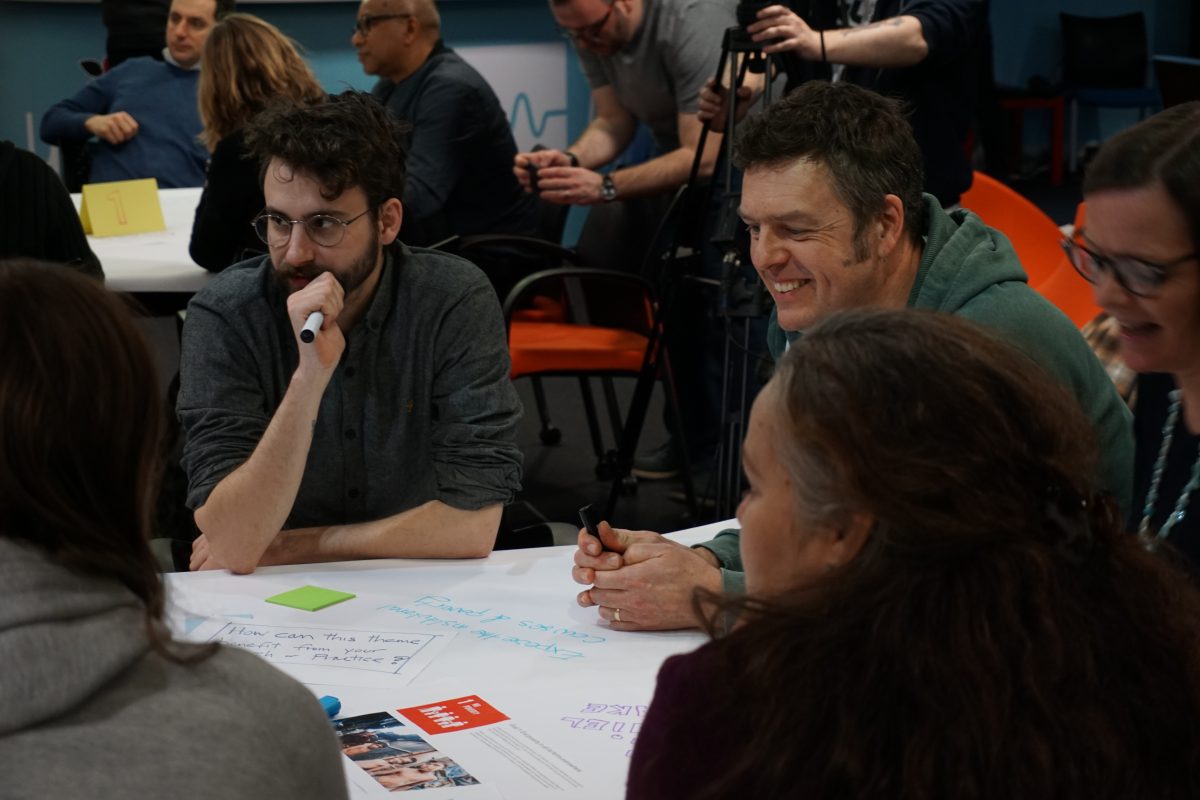 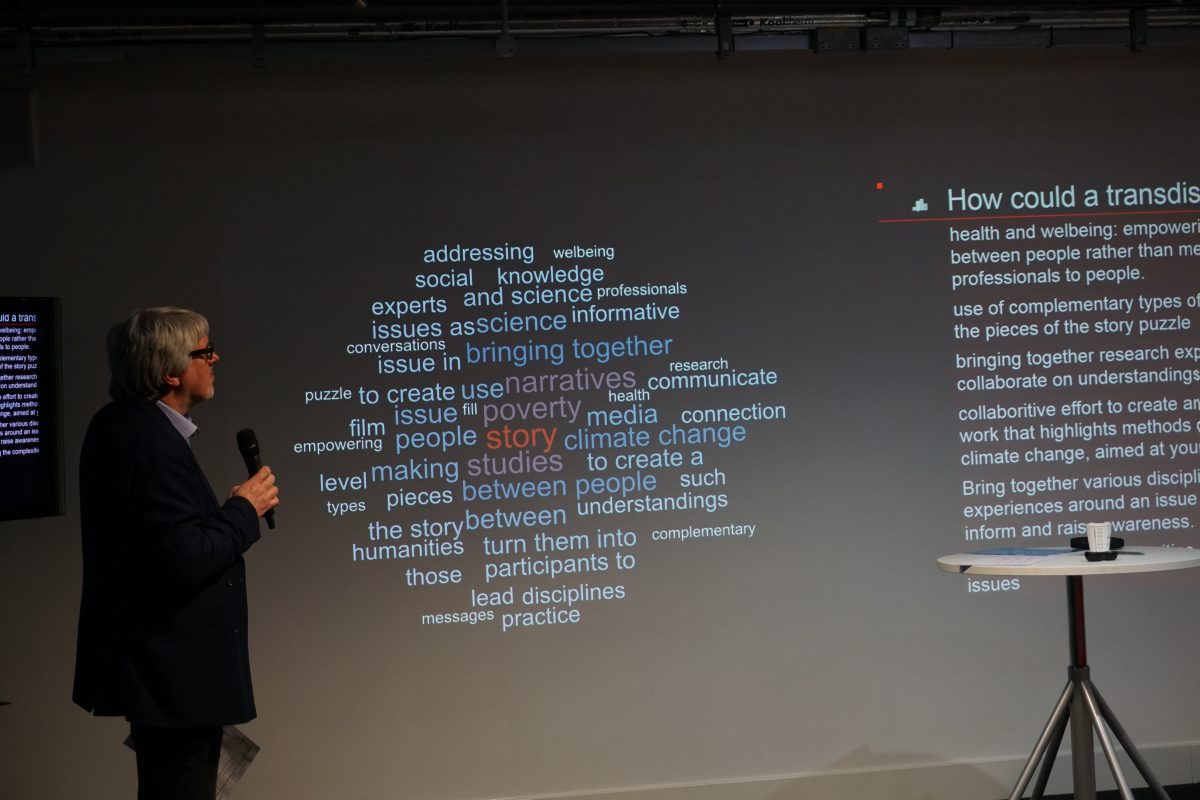 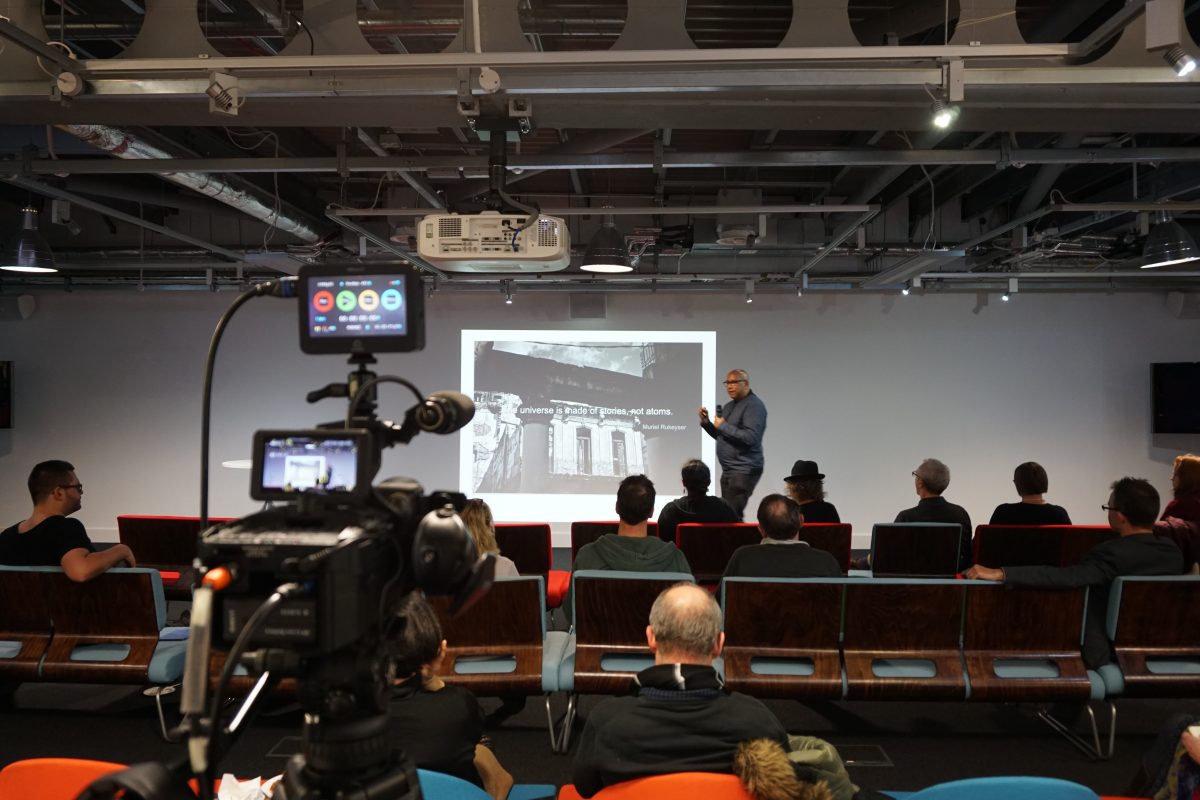 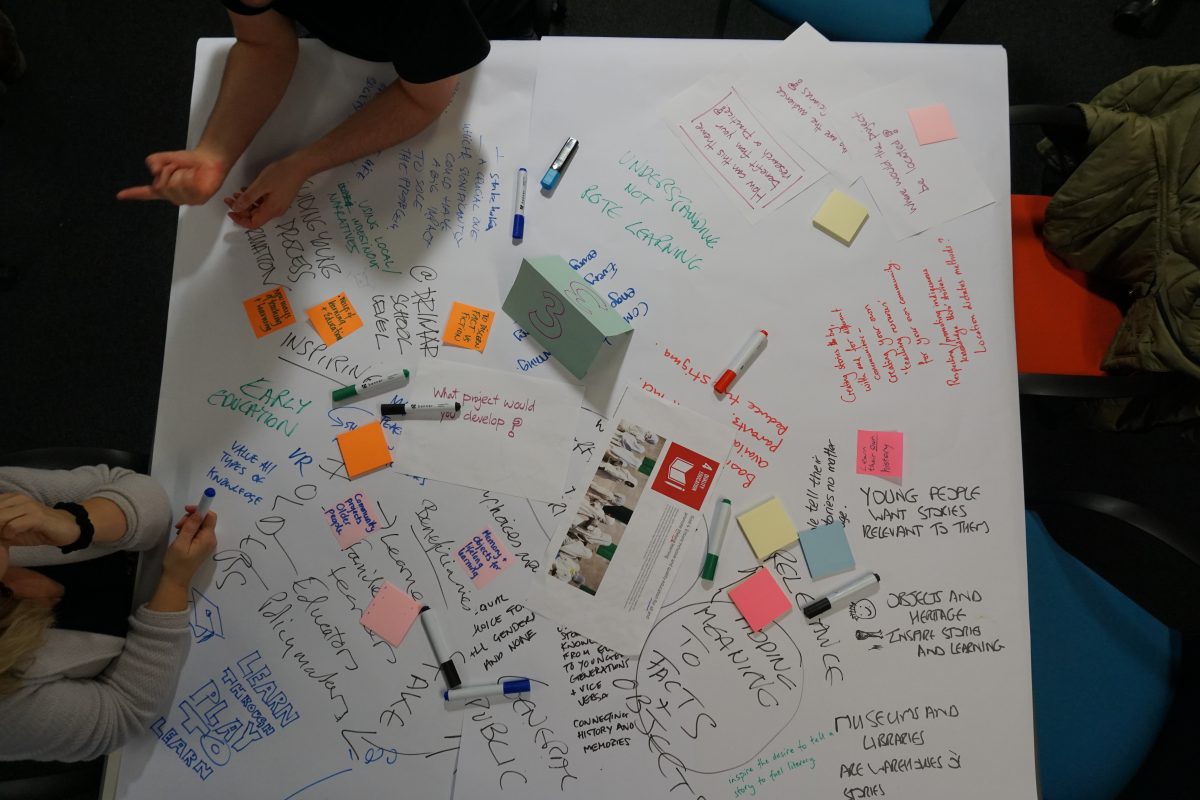 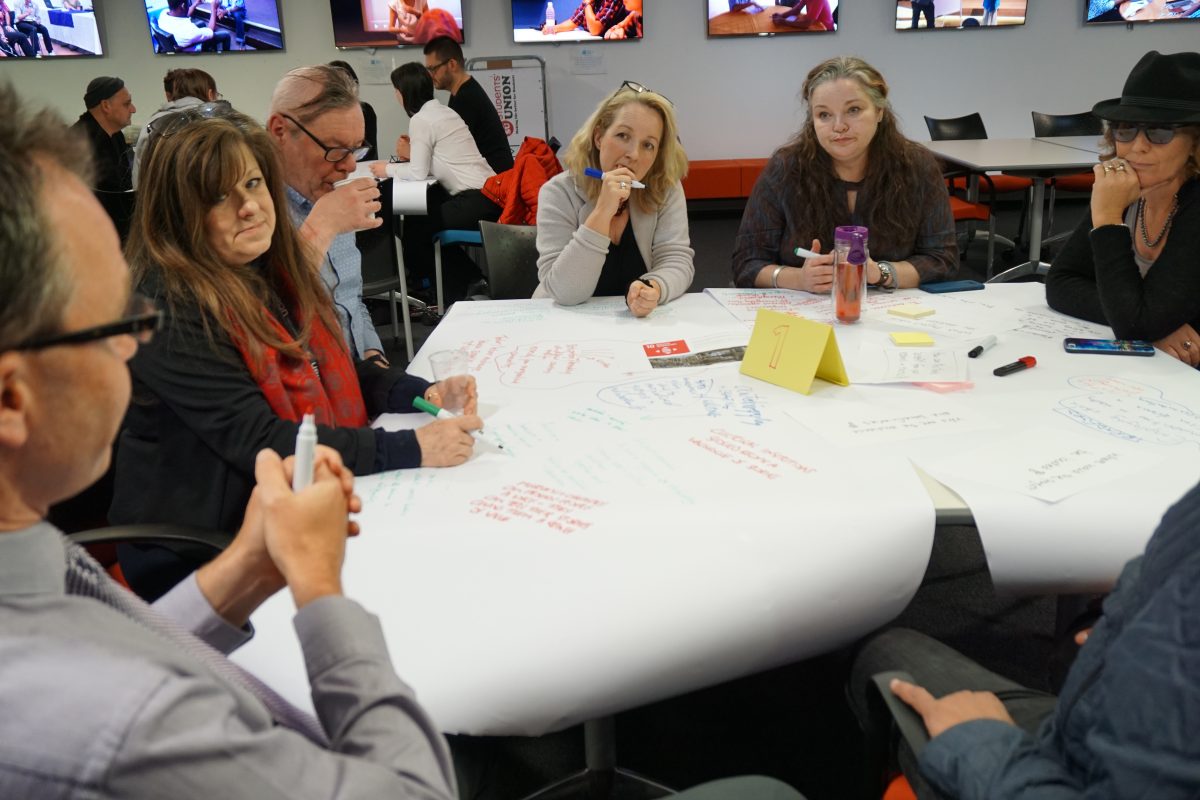 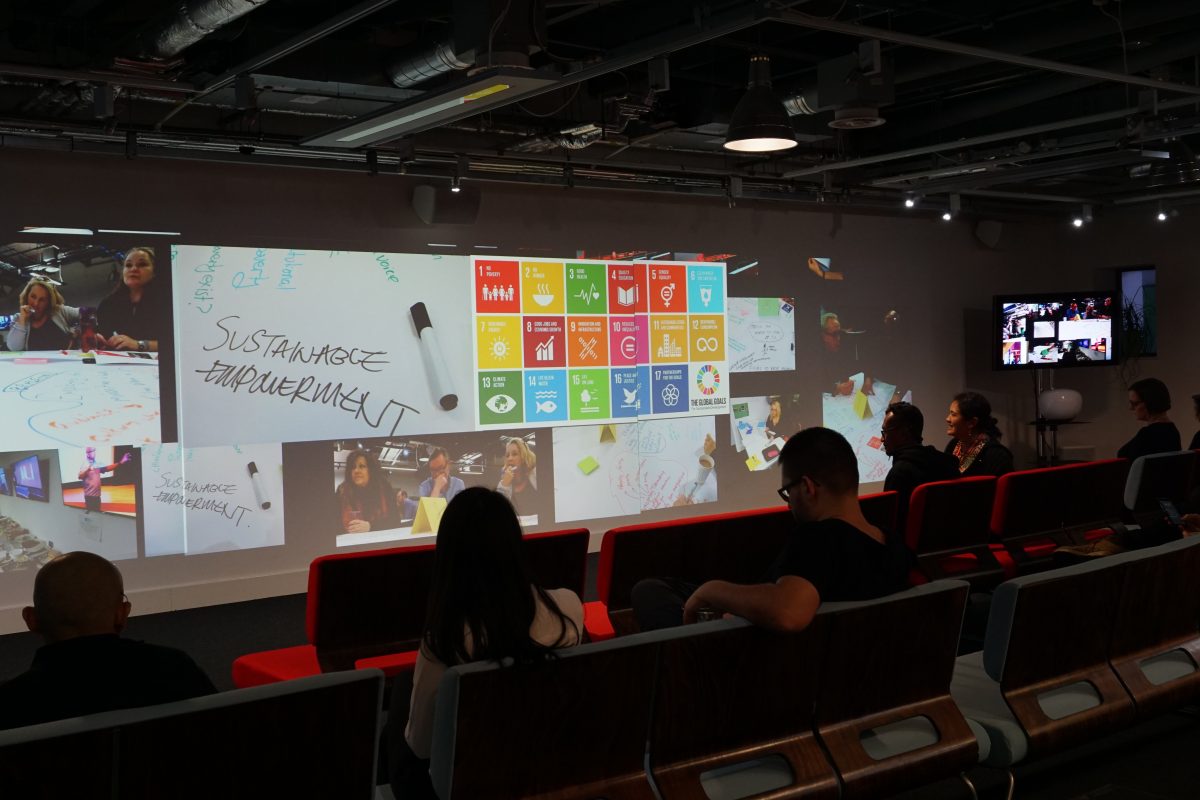 While the answers to the questions provide a fertile context for further exploration in identifying key themes and potential projects, it is clear that story and narrative features heavily in the work of almost everyone who participated as a delegate. It is also clear that there is a strong appetite for collaboration across disciplines and the networking element of the symposium was very popular.

Interestingly, though we were using the United Nations’ global goals, there was a great interest in applying these in local contexts not far from home. Themes around inequality, diversity and justice figured strongly in most of the debates and a lot of the particular ideas discussed involved community engagement and participatory expression in various forms in order to give voice to marginalised people and communities.

Different themes and issues may be deduced from this summary document and part of its purpose is to enable further discussion and facilitate further exploration of collaborative opportunities around the idea of story. By sharing this raw data, we hope that it may stimulate further conversations that then lead to concrete action and outputs.

The StoryLab Research Network will continue, even after the AHRC network funding comes to an end at the end of February 2018.

We would like the evolving StoryLab to continue to: 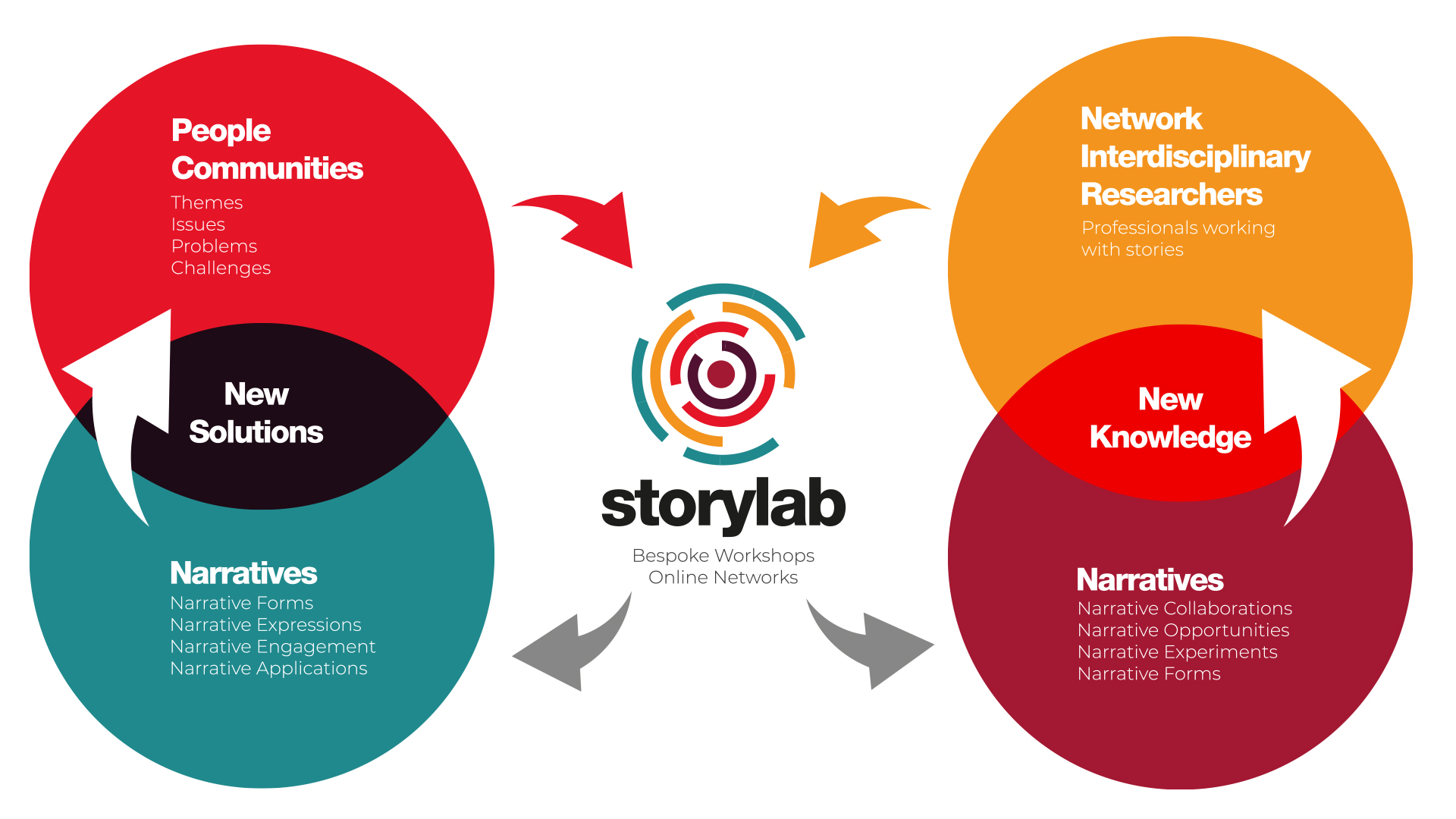 Live Broadcast: Will Nairn (Director) and fellow students from Blackpool and Fylde College